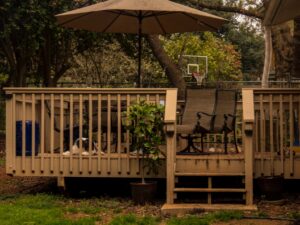 I read an article recently that recommended contractors stop providing free estimates. It caught my eye because conventional wisdom is for homeowners to get three estimates before getting any work done.

Now granted this is from the perspective of a homeowner and not a contractor. Those three estimates that you are supposed to get cost someone money. Who? Well, whomever decided to do the work.

Think of it this way, say you do 10 estimates and they each cost you (for simplicity) $200 to put together. If only one of those prospects hires you, then you have an extra $2,000 in costs. You might be able to add that one customer’s $200 into their bill but adding an extra $2,000 won’t go over well.

BUT just how is that conversation going to go?

“Oh uh neat, I just remembered that I’m got something super important to do at 3:00 so I’ll just call you when I’m free.”

BUT time is money and running around taking measurements and putting together formal estimates takes a lot of time and a necessary evil of doing business.

I remember my dad either meeting people after they got off work or running around all day Saturday doing estimates. Not much time left for a catch in the yard if dad doesn’t get home until after dark.

Free estimates are a cornerstone of the business though. I understand that it’s costly for the builder but as a homeowner I rely on those estimates. I’ve thought about this and I’m just not sure that I’d be on board with paying for an estimate. I know better but it seems like you haven’t really DONE anything but come out and look at what I want.

What if, there were a different way to go about this little puzzle.

What does the homeowner really want to know?

Do they want to know how many feet of boards its going to take to build a deck?

I can assure you as a homeowner, they do not. They don’t even realize you have to pour footers. What they want to know is, how much is it going to cost to have a deck magically appear in their backyard.

What you know and they don’t is that it depends on what materials you use, how level the ground is, and they haven’t even considered other features like screening or a pergola.

It’s very likely that all they really know is that they don’t have a deck, they want a deck, you build decks.

What if you told them that your back of the napkin calculation is that it’s roughly $35 a square foot to build a deck. So a 12×12 foot deck is oh call it $5,000 give or take, depending on what we find upon inspection.

I made all of that up so you may want to use your own numbers here, but you get the idea.

Then what if you prequalified them as a potential client. How soon do they want to begin this project? Are they just wanting a ballpark amount so they can decide between the deck and having the bathroom remodeled? How serious are they about the work?

You can get a feel for what the homeowner is thinking by talking to them and you want to make sure that you’re a good fit. Essentially you and the homeowner are interviewing each other so it’s not crazy to expect a few questions.

If they’re serious about it and want hard numbers, then you go to the job site and come up with a formal proposal. They still won’t care how many board feet you need, and maybe they won’t waste your time.

Worth a try anyway and I’d love to hear how you’re doing estimates now and how it’s working for you.